Share a memory
Obituary & Services
Tribute Wall
Read more about the life story of (Paul) Alfred and share your memory.

Paul graduated from Plainview High School in 1955 and married his beloved wife Marilyn Lois (Halliday) on September 15, 1956. Paul and Marilyn were married for 55 years until her untimely death in 2011. Paul and Marilyn owned and operated Drenckhahn Valley View Farms where they raised four children. In later years, 2 sons farmed in partnership with them.

Paul supported his country not only through farming but also through service in the Army Reserves.

Paul was a farmer who was pro-active in organic dairy farming and land stewardship, working with the DNR as part of their Woodland Stewardship program. He and his wife Marilyn were extremely active in the National Farmers Organization (NFO) on committees, state board, and as Wabasha County president in addition to representing Minnesota farmers at national farm conventions. Paul also took on a leadership role with the state dairy board.

Paul championed preserving local history, and along with several other local farmers, was instrumental in reconstructing the original Stockton Roller Mill back into flour production. He enjoyed taking friends and family up to Buena Vista in Alma, WI where he would point out his farm and talk about river history and how the bluffs have changed over the years. He was even put on camera by a BBC film crew for a documentary on the Mississippi River.

Paul and Marilyn enjoyed countless travels across the country (including Alaska!) in their conversion van with family and dear friends Eddie and Arlis Ellinghuysen. Ever the adventurer, he river rafted the Grand Canyon, in addition to backpacking the Grand Canyon from rim to rim twice. Paul was gregarious and enjoyed meeting new people, especially other farmers and ranchers.

After his wife’s death, Paul moved to his daughter’s home in Minneiska where he was able to enjoy retirement watching the river and rail traffic, reading, and solving the world’s problems during coffee time at Buck’s Bar. He enjoyed taking long drives in the country to see how the crops were doing and joining his son Dale for outings on the river.

Most will remember Paul’s grin and his willingness to lend a helping hand when needed. Though he suffered physically from Parkinson’s in his later years, he was determined to remain active and rarely missed his weekly work out sessions at Gundersen St. Elizabeth’s in Wabasha, and coffee conferences with his comrades at Buck’s Bar, and Eagle View. He enjoyed many trips with his daughter to Florida and Maryland to visit his grandkids/great grandkids.

He was preceded in death by his wife and 1 grandson.

An active member of Weaver Methodist Church, his memorial service will be held there on Monday, November 14, 11:00 a.m. with Pastor Abigail Ozanne officiating. Visitation will be one hour prior to the service at the church.

Schad & Zabel Funeral Home in Plainview is assisting with the arrangements.

To send flowers to the family or plant a tree in memory of (Paul) Alfred John Paul Drenckhahn, please visit our floral store. 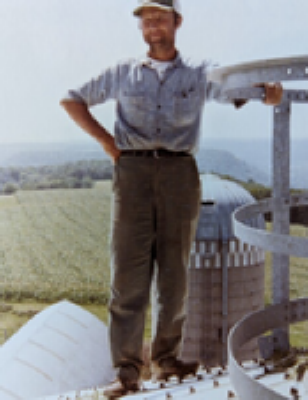 Family and friends are coming together online to create a special keepsake. Every memory left on the online obituary will be automatically included in the book.

You can still show your support by sending flowers directly to the family, or by planting a memorial tree in the memory of (Paul) Alfred John Paul Drenckhahn
SHARE OBITUARY
© 2023 Schad and Zabel Funeral Homes. All Rights Reserved. Funeral Home website by CFS & TA | Terms of Use | Privacy Policy | Accessibility