Share a memory
Obituary & Services
Tribute Wall
Read more about the life story of Lois and share your memory.

Lois Marie (Tlougan) Carter, 97, of Plainview MN passed away on Friday, January 13 at Green Prairie Rehabilitation Center. Lois Marie Mussell was born May 21, 1925 at home in Plainview Township, Wabasha County, Minnesota to Adolph and Blanche (Grieve) Mussell. She was born the fifth of nine children. She attended the French Country School in Plainview Township. She was confirmed at Immanuel Lutheran Church in Plainview. She graduated from Plainview High School in 1942. She worked at the Tip Top cafe as a young adult. On May 25, 1946 she married Kenneth John Tlougan.

Together they operated a dairy farm in Wabasha County and raised eight children.

Lois was devoted to her husband, her children and God. For about thirty years she baked cookies, biscuits, rolls and cake every week, as well as preparing three meals a day for her family. She and Kenneth ensured that the family attended mass each week starting with baths and clean clothes on Saturday night. She was also active in the St. Aloysius Catholic Church in Elba during that time: teaching catechism classes, cleaning, cooking, serving funeral lunches and sewing quilts for Christian mission projects. She served as leader in the Woodland Gopher’s 4-H club teaching skills in gardening, cooking, crafting and sewing to her children and to the children in her neighborhood. It was clear that her expectations of others were high, but she was never harsh. She spent years doing volunteer work behind the scenes caring for others, just as many women of her time did.

Lois also had a more public life as her children aged. For ten years she worked at the Red Owl Grocery Store, later renamed Lannings. Upon retiring from dairy farming, she and Kenneth moved to Woodland Estates in Elgin. They joined St. Joachim Catholic Church in Plainview where Lois continued to serve her church community. At home, their basement became a woodshop where they both made toys, Barbie doll houses and furniture for their grandchildren. Later, she was also employed at Clayt’s Supper Club as hostess. Her quick wit and high energy always made it fun for her and the people around her.

When Kenneth was overtaken with Alzheimer's, Lois became his primary caretaker. When he passed away in 1997, they had been together for 51 years. After his passing, Lois reconnected with a high school admirer, Robert (Bob) Carter and soon afterward, married. Together they traveled, took photographs, and collected clocks, dolls and colorful glassware. After Bob’s passing in 2006, Lois turned to quilting and dancing to fill her time. She created a full sized quilt for each of her twenty seven grandchildren as they graduated from high school. Weekly she traveled to nearby clubs to enjoy live music and dancing.

During her eighties she worked on fulfilling items on her bucket list. She rode on a Harley Davidson motorcycle with her son, Ben. She thoroughly enjoyed competing in the Ms. Minnesota Contest in 2011 and rode on a float at the Minnesota State Fair in 2014. That same year, she floated in a hot air balloon with her friend, Bill and her daughter, Carol. In 2012, she helped her bowling team become league champions by reaching her career highest scores. She once convinced a highway worker to hoist her up in his boom truck to the maximum height. She was 84 years old. And, of course, she continued to dance. She was a woman who lived life to the fullest.

At age 91, she began to slow down due to a fall and a broken leg. At home she continued to sew, read, pray, puzzle and play cards. It was important to her to keep her mind active when her body would no longer cooperate.

Lois is survived by her sons, Ben (Betty) Tlougan, Kevin (Michele) Tlougan, Owen (Donna) Tlougan, Kenneth Tlougan, Jr. all from Plainview and Greg Tlougan of Wykoff, MN and her daughters, Alia Tlougan of Sedona, AZ, Carol Marshman and Gwen (Tim) Ahern of Plainview. Other survivors include her brother, Ade (Gerrie) Mussell of Savage, MN, and many nieces and nephews. She also has 27 surviving grandchildren and 41 great grandchildren.

The family sends their thanks to the staff of Green Prairie Rehabilitation Center and the staff of the Mayo Clinic Hospice for their kindness, care and expertise during Lois’s final chapter. Also, thank you to the many friends and relatives that called or visited her the past eight months.

Memorials may be given directly to the Plainview Food Shelf, or to The Sisters of Our Lady of the Most Holy Trinity at SOLT.net click SOLTSisters Motherhouse.

Funeral mass is Thursday January 19, 2023, 11:00 AM at St. Joachim Catholic Church in Plainview with Msgr. Thomas Melvin officiating. Visitation will be on Wednesday, January 18, 2023 from 5 to 8 PM at the Schad and Zabel Funeral Home, 57 Third St. SW, Plainview. Friends and family may also visit on Thursday, January 19, 2023 at 10:00 AM until the time of the service at the church.

Schad & Zabel Funeral Home in Plainview is assisting with the arrangements.

To send flowers to the family or plant a tree in memory of Lois Marie (Tlougan) Carter, please visit our floral store. 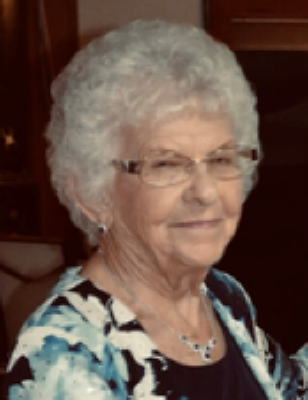 Family and friends are coming together online to create a special keepsake. Every memory left on the online obituary will be automatically included in the book.

You can still show your support by sending flowers directly to the family, or by planting a memorial tree in the memory of Lois Marie (Tlougan) Carter
SHARE OBITUARY
© 2023 Schad and Zabel Funeral Homes. All Rights Reserved. Funeral Home website by CFS & TA | Terms of Use | Privacy Policy | Accessibility